In june 2018, at the final evening, I was granted the pleasure to meet with 16 year-old Cambodian violonist, Sokhema Di Croce, originally from Battambang and who was adopted by her Roman parents when she was only 11 months. I was blown blissfully away by the power of her interpretation and I really hoped to re-meet her very soon in Rome. Maestro Gianni Maria Ferrini already promised her to organise a concert at Ariadimusica, in which she would be able to show her great talents.

The day has finally come and on Saturday 2nd March 2019, Sokhema performed in front of more than 120 persons in the concert hall of Ariadimusica Music Academy, on the Casilina in Rome.

The young violinist chose a rather complex and not easy programme, from Lalo to Saint-Saëns, Mozart, Sarasate and Wieniawski… We were all taken by her absolute talent, her juvenile grace and the elegance of her eyes, that she lifted to the sky after each movement of the concerto or symphony she played… 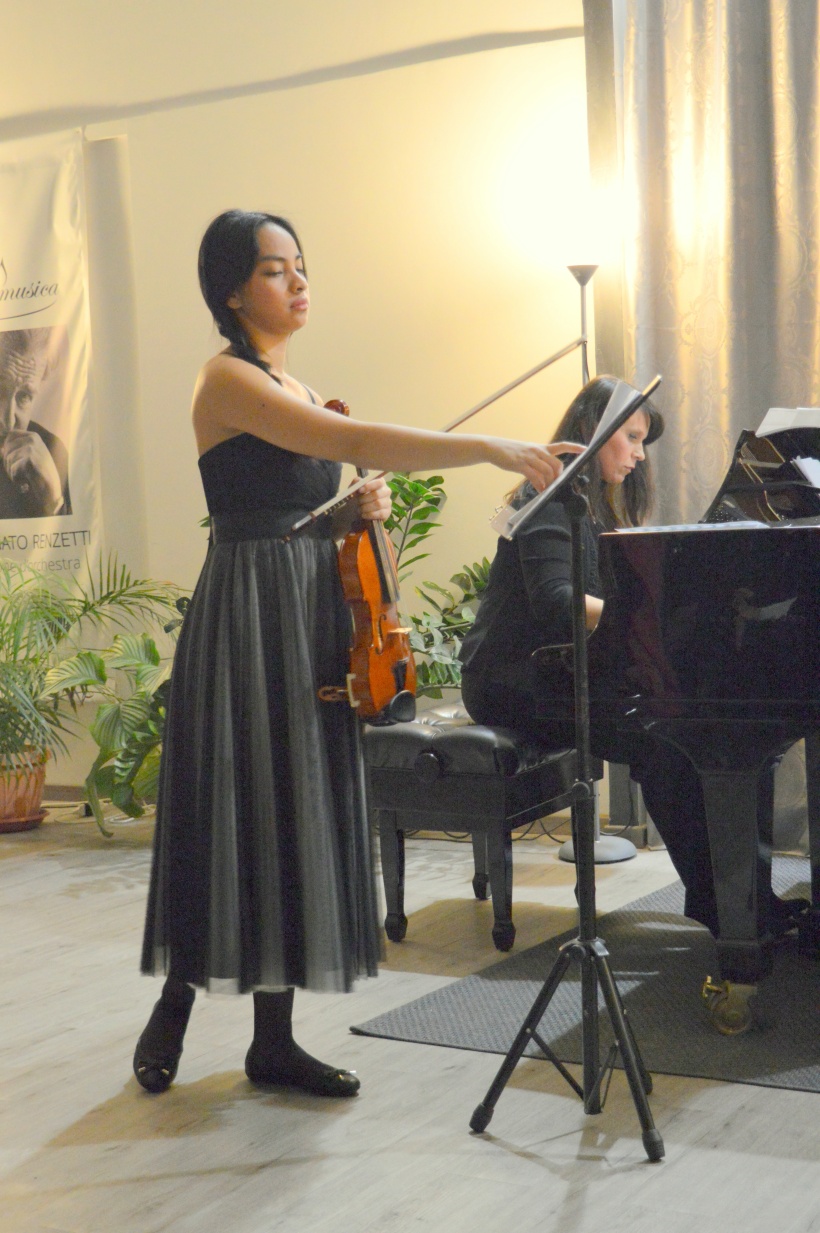 She was accompanied at the piano by Maestro Edina Bak, from Hungary, remarkable for her sensitivity and subtle attention, always in rhythm with her young and beautiful partner.

While Sokhema was taking a breath before the second part of her concert, Maestro Gianni Ferrini invited his youngest pupil, Ms. Himari Sugiura from Japan to sit at the piano and perform Chopin, Galuppi & Mozart…

The performance of Himari was breathtaking : the public was litterally raptured by the fluent fingers of the little oriental girl and the applause was enthusiastic.

Sokhema came back and we all fell in catharsis at the end of her sublime “bis” and the hands were clapping and clapping, giving the young and charming artist the fair reward and recognition due to her talent and hard work. 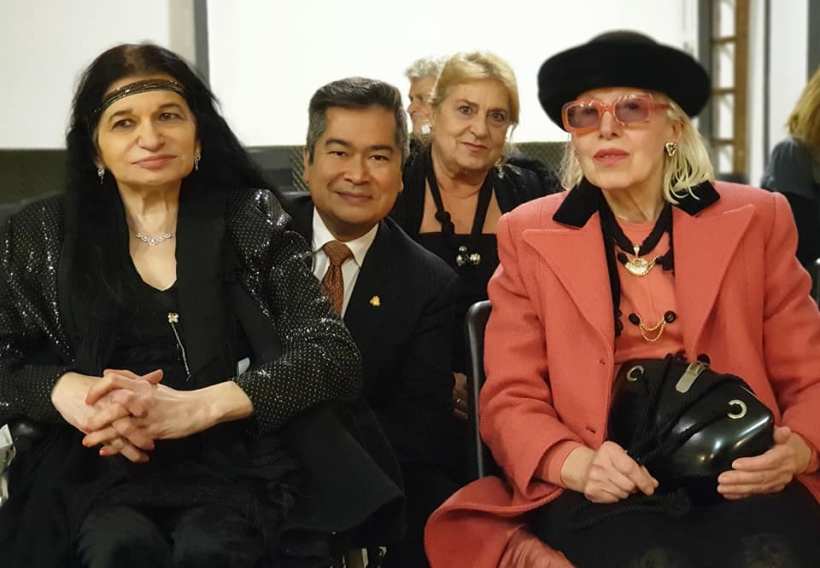 Among the numerous audience, Dottoressa Pinuccia Pitti, President of the Marianna Foundation with her friend, Maria Carla, Professor Vincenzo Gagliani Caputo, Dottoressa Silvia Cassini of the Opera of Rome and many other personalities of the culture and music world, who came to listen to these young promises of classical music.