On Tuesday 19th February 2019 was held in Rome at the Italian Air Force Club, known as “Casa dell’Aviatore” the official launching of the XXIst edition of the “Carta Artistica Universale” The Right to Education and Knowledge for the Progress and Dignity of Woman in all Nations.

The text of the “Art Universal Map” was graciously written this year by Dottoressa Stefania Giannini, UNESCO Assistant Director-General for Education. 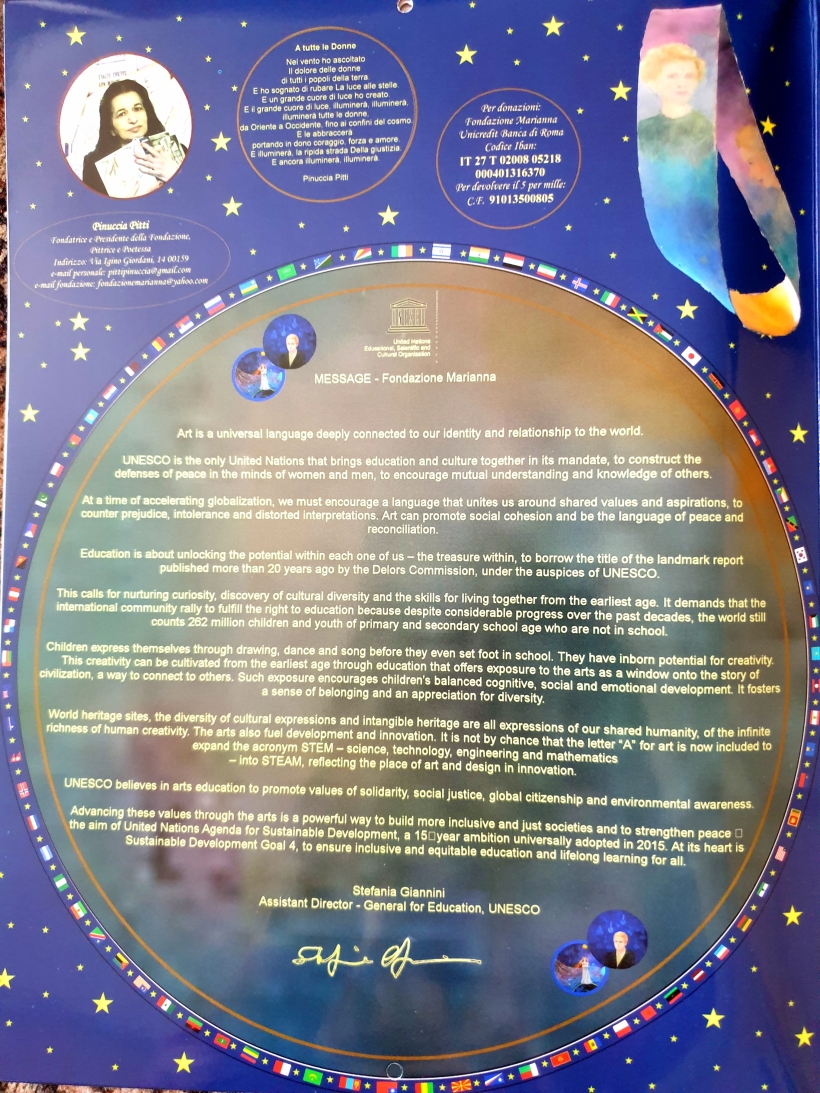 In the Grand Ball Room, President Pinuccia Pitti invited many personalities to attend this special event, listening to poetry and music along with interesting speeches and reports by eminent specialists, such as Professor Laura Quadarella Sanfelice di Monteforte, Paolo Meucci, Antonella Cassisi and many others.

The opening of the event was granted to Princess Elettra Marconi Giovanelli, who shared with us some of her memories as a child of her father, Nobel Prize Professor Marquis Guglielmo Marconi. Her great sense of humour, together with her natural and spontaneous tone contributed to the warmest applause of the evening.

Right immediately after the Princess’ speech, came the time of the “Interculturality” moment, when a young student is rewarded for his particular skills, coping with intercultural aspects of life. An interesting introduction was done by Dottoressa Antonella Cassisi, UNESCO in Italy,

and the Prize was given by Colonello Massimo Palombelli, Director of the Italian Air Force Club to Adriano Pirandello, the great greatgrandson of Nobel Prize Luigi Pirandello, whose mother, Glenda Sevald is from Uruguay and Israel.

This year, the Marianna Foundation Prize for “Per non dimenticare” went to Maria Slodowska Curie for her lifetime works and studies. His Excellency Mr. Christian Masset, Ambassador of France in Italy came personnally to receive the Prize and the Polish embassy sent a lady from the cultural services.

The French Ambassador in his thanking remarks declared his emotion to receive this reward in the name of all French and his gratitude to such an emblematic character of Universal history, pointing out the fantastic works achieved by Marianna Foundation and its President Pinuccia Pitti, taking Art as a medium to spread world wide Human Rights ideals. 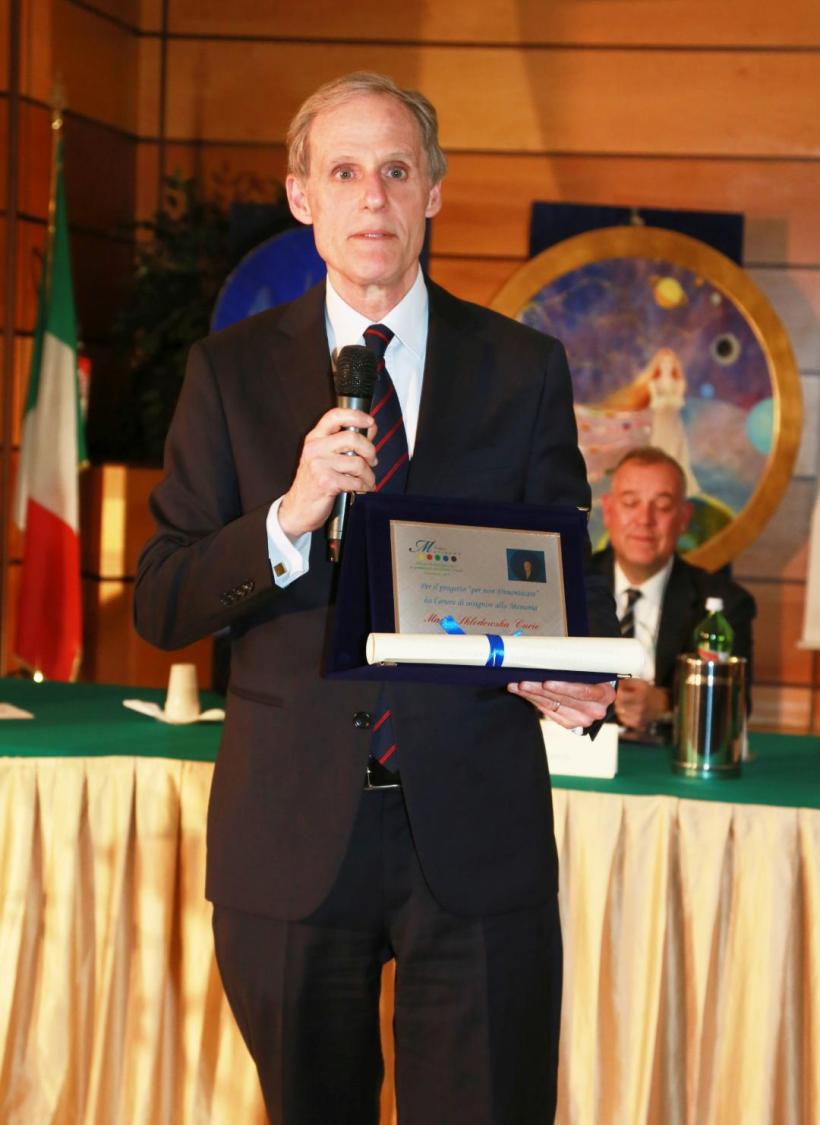 The next Prize “Una vita per Amore e Giustizia” went to a magistrate from Calabria, Luigi Maffia, State vice-prosecutor in Catanzaro for his remarkable work, fighting mafia and corruption. Dottor Pietro Lucchetti, from the Quirinale Palace, was proud to confer this special distinction to such a heartful and courageous Civil Servant.

Professor Alberto Garcia, Director of the UNESCO Chair in Bioethics and Human Rights at Regina Apostolorum Universiy in Rome, delivered an interesting speech on Women and Bioethics.

The next lecturer was Dottoressa Annaclaudia Giordano who spoke about Women and literature in a very unique review of some contemporary italian novels. 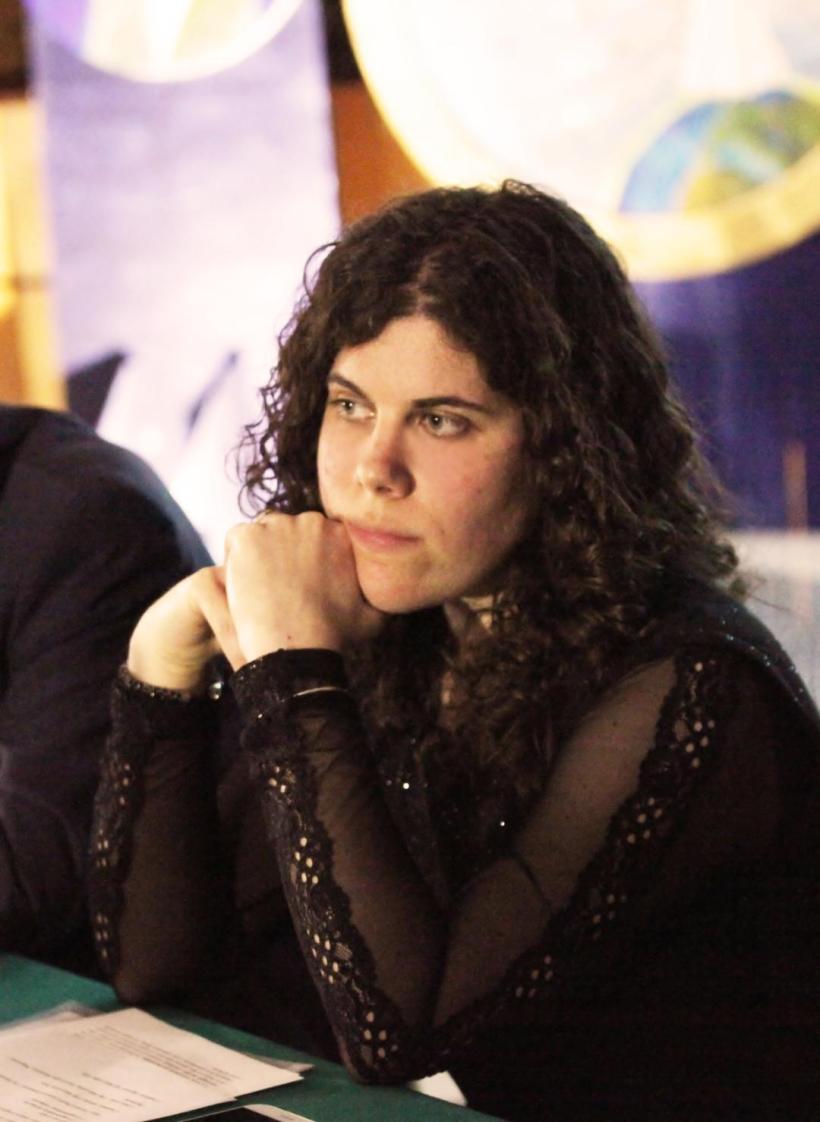 She was followed by Professor Laura Quadarella Sanfelice di Monteforte who gave a very complete overview of fights against terrorism world wide and was unanimously applauded. 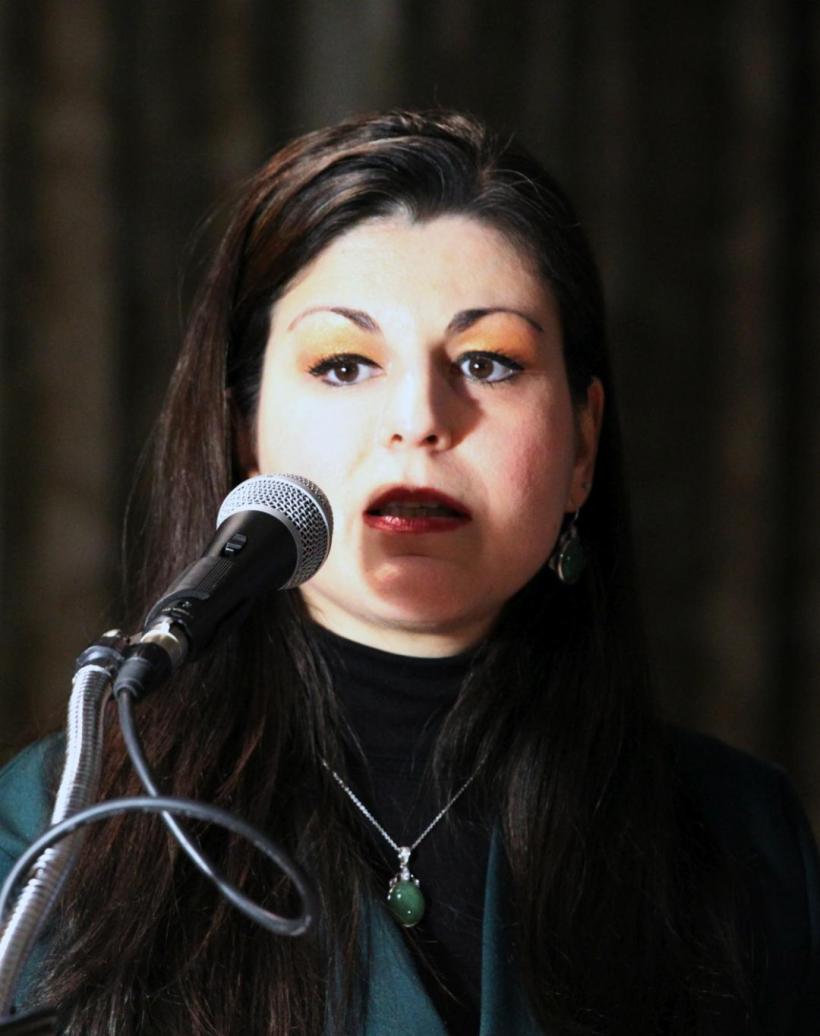 Paolo Meucci from the European Parliament made a special intervention, giving us the European point of view on the topics of this year “Art Universal Map”

The “Bouquet Final” of the event was illustrated by the special Prizes confered to four exceptional Ladies,  leaders in their field:

Professor Laura Comi, Etoile and Director of the Ballet School of the Opera of Rome

Maestro Beatrice Venezi, the youngest woman to be an international orchestra conductor 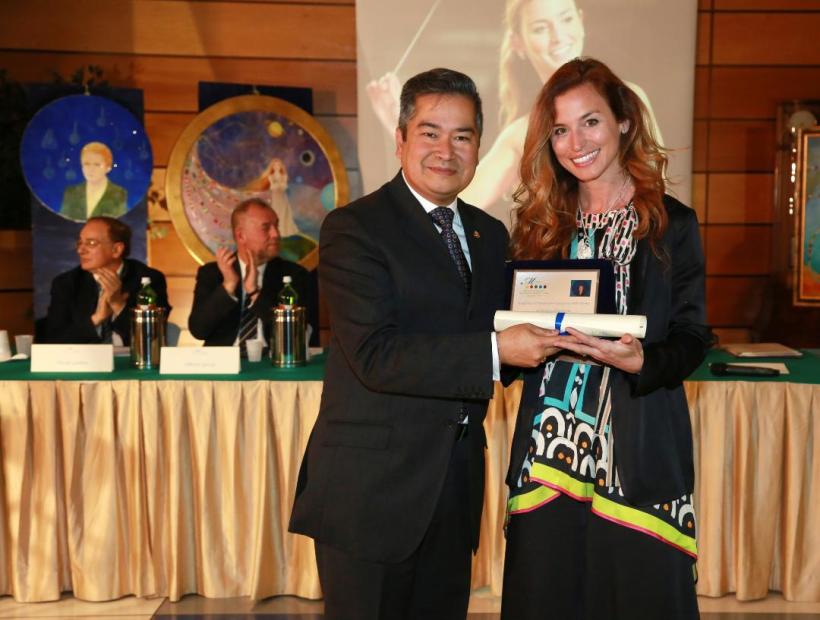 Dottoressa Romilda Ferrauto, Vice-Director of the Press Room at the Vatican received her Prize from the hands of Admiral Ferdinando Sanfelice di Monteforte 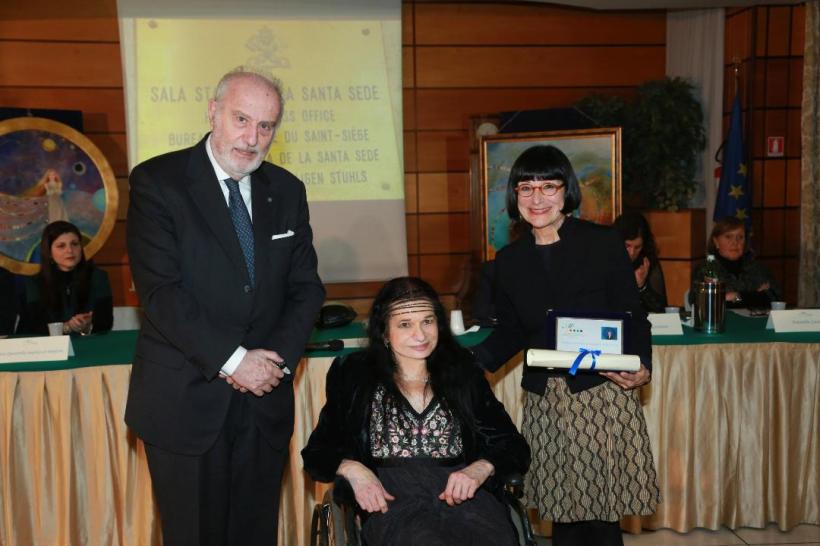 The artistic part of the evening was fulfiled by young artists, who collaborate with the Ariadimusica Music School, founded and directed by Maestro Gianni Ferrini, among whom the marvellous Himari Sugiura, a young pianist (7 years old) from Japan, who received a special Prize as a young feminine hope for the future. 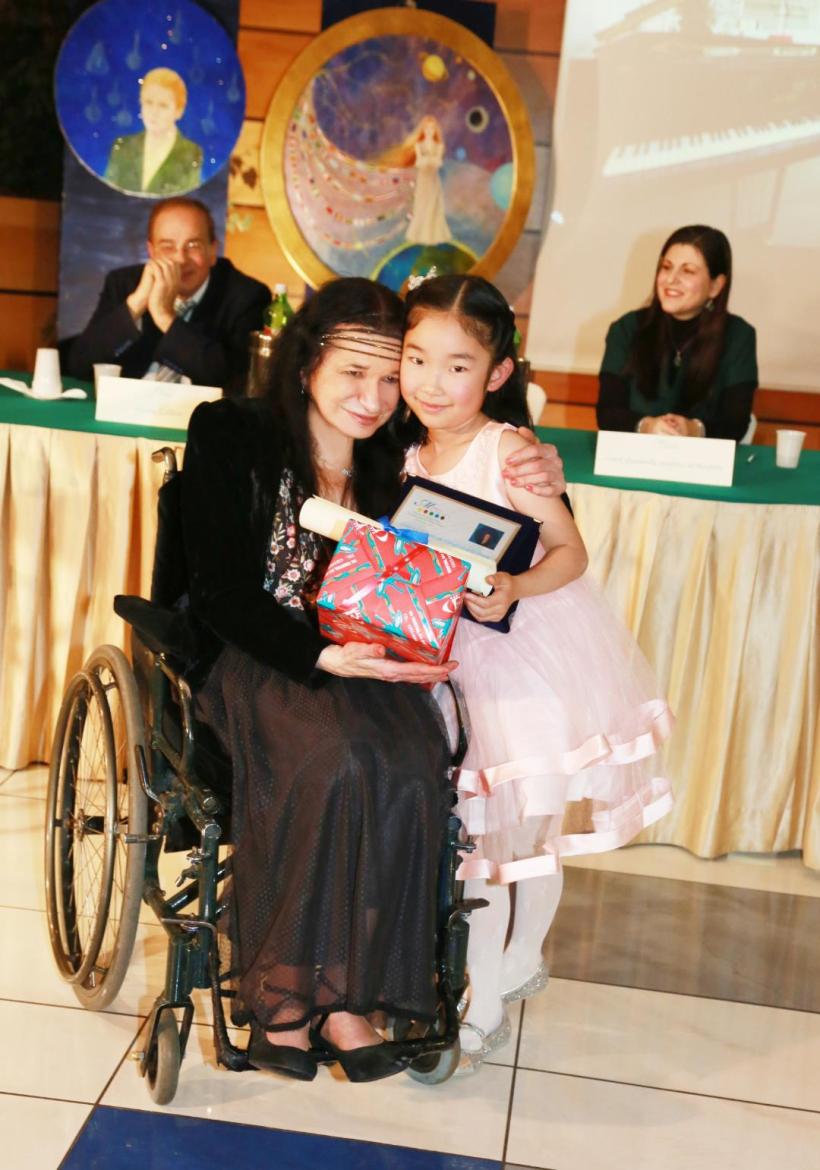 Ludmila Bova, a friend of the Foundation, plays lovely pieces from movie soundtracks. 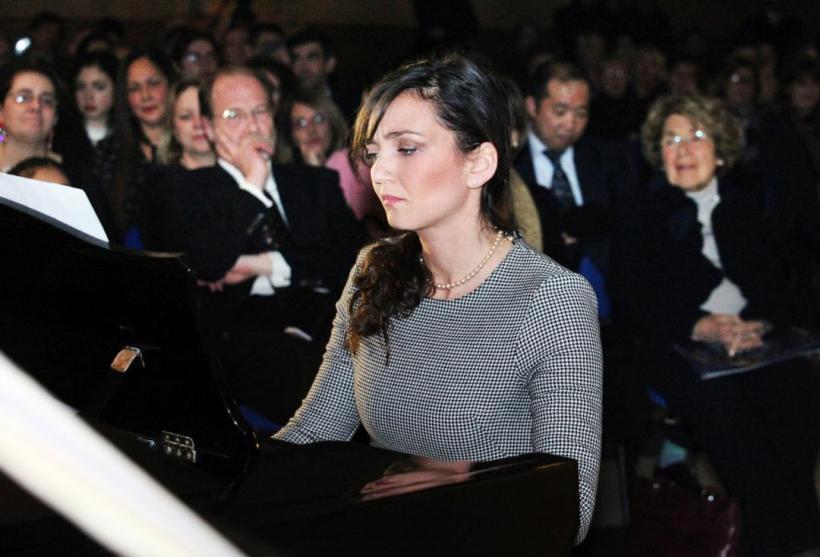 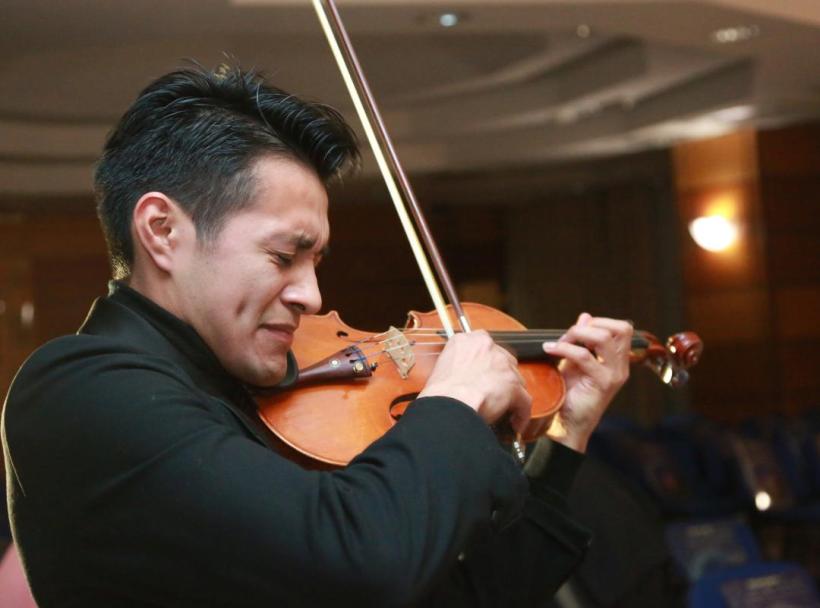 The poems were read by:

Debora Do Rosario from Brazil, who read “Mulher” of Eliomar Ribeiro de Souza 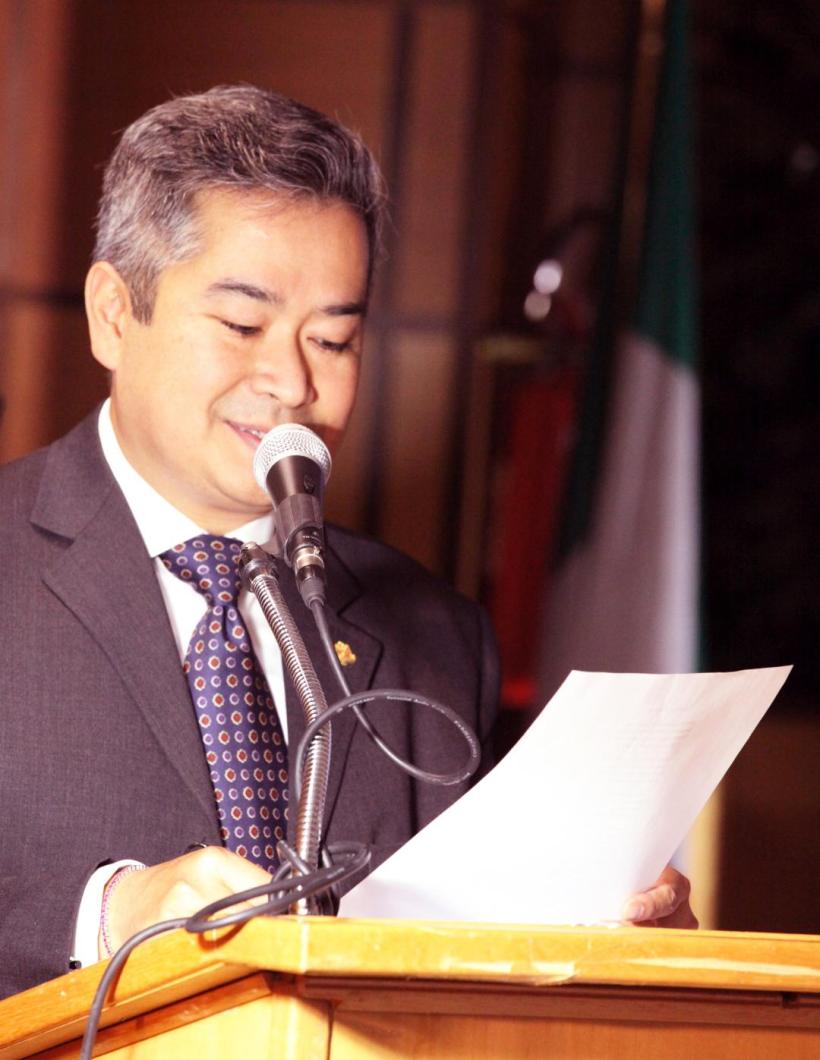 A very emotional moment: the reading of two letters: 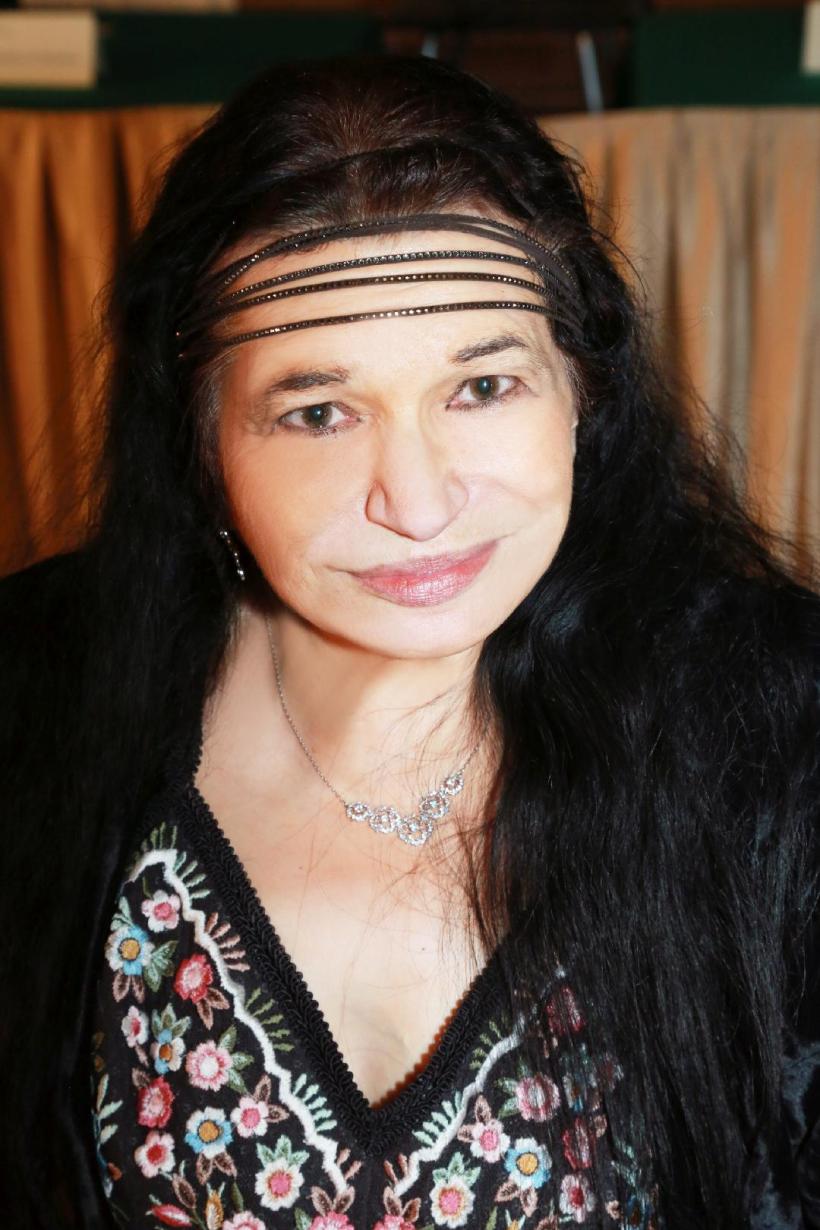 The conclusion of the event was made by On. Nicola Galloro.

All the photos of the event were taken by talented photopgrapher Laura Cannia, whom I warmly thank for her permission to use her works for this article. 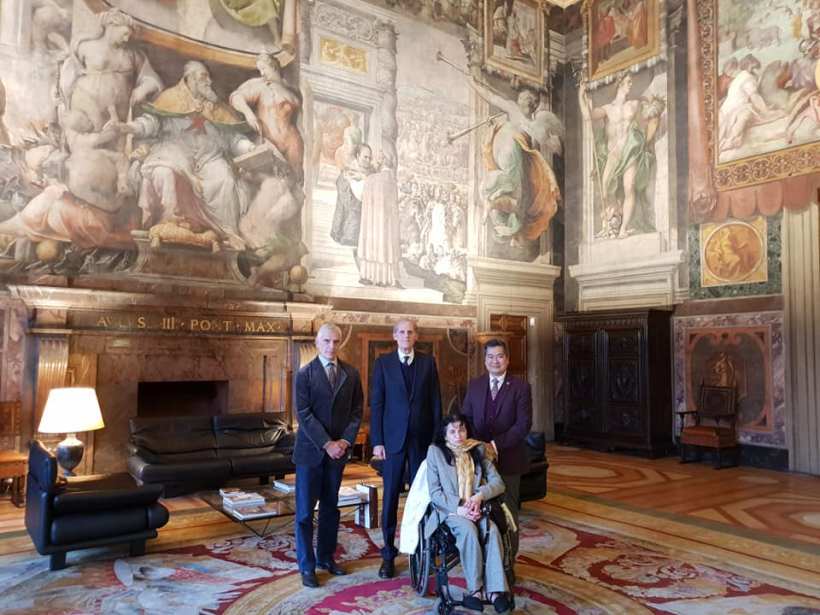 On Friday, 14th December 2018 at 3.00 PM, His Highness Prince Sisowath Ravivaddhana Monipong paid a courtesy call on His Excellency Monsieur Christian Masset, Ambassador of France to Italy, together with Mrs. Pinuccia Pitti, President and Founder of the Marianna Foundation for Human Rights and Marquis Vincenzo Grisostomi Travaglini, Artistic Advisor of the Foundation. During the conversation were exchanged views on the development of the Marianna Foundation, especially a special event in collaboration with the French Embassy during the second semester of 2019.

On Thursday, 30th November 2017, at 4.00 PM, His Highness Prince Sisowath Ravivaddhana Monipong paid a courtesy call to His Excellency Monsieur Christian Masset, Ambassador of France to Italy, together with Mrs. Pinuccia Pitti, President and Founder of the Marianna Foundation for Human Rights and her Counsellor, Countess Milena von Rex. During the conversation were exchanged views on the development of the Marianna Foundation. Mrs. Pitti invited the French Ambassador to participate to the next annual event on 31st January 2018, which will be the occasion to dedicate a lifetime achievement award to a French Personality, recently deceased.

To discover the work of the Marianna Foundation: 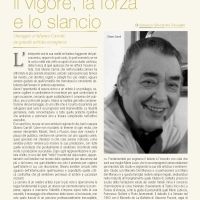 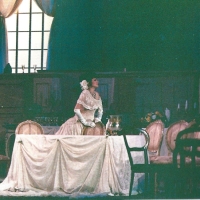