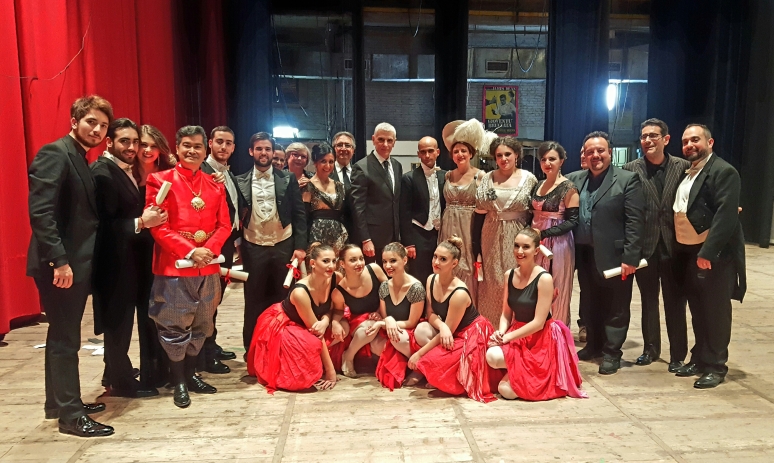 As reported in “L’Opera – International Magazine” of February 2017, the Opera Theatre of Cosenza, known as the “Rendano Theatre” hosted on 29th December 2016 a unique special Gala Evening, following the napolitan concept of “pastiche”, uniting in one show, music, opera and dance for the pleasure of the public. 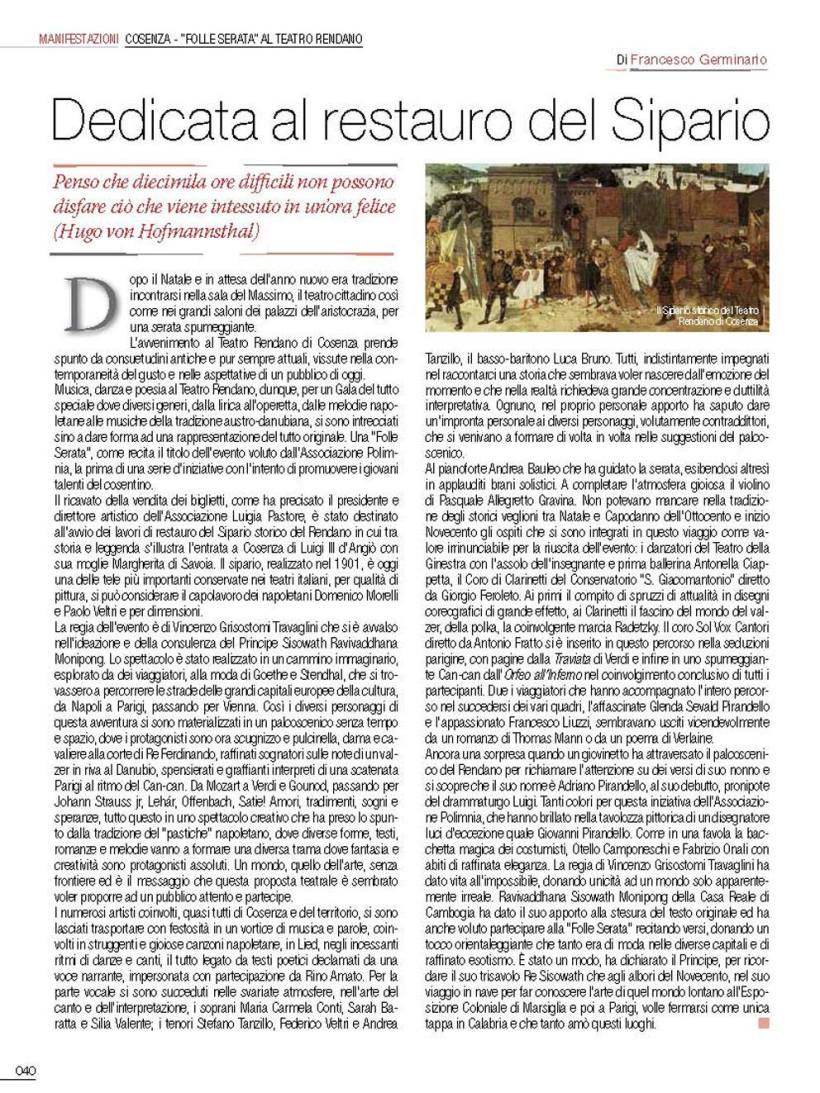 This initiative was due to our Beloved friend, Mrs. Luigia Pastore Fiorentino, who founded the Polimnia Association to promote opera and music, especially for young people (but not only!). She asked Maestro Vincenzo Grisostomi Travaglini and myself to imagine a kind of dream to be put on stage in a form of an oniric trip from Naples to Paris, crossing Vienna in order to lead the public to welcome the new year to come.

We decided to put together French Literature with Napolitan poems, “La Veuve Joyeuse” with “La Traviata” and many other jolly and colourful pieces of music and dance, so to have a delightful mixture of glamour and naughty songs to accompany our trip towards the end of 2016.

A marvellous cast of fabulous artists of either music and theatre world gave this creation a special sense of artistic expression, which was definitely appreciated. In my name and the one of Maestro Vincenzo Grisostomi Travaglini, we want to extend our warmest thanks to Maria Carmela Conti, Sarah Baratta, Silia Valente, Glenda Sevald Pirandello, the brothers Stefano and Andrea Tanzillo, Federico Veltri, Luca Bruno, Andrea Bauleo, Pasquale Allegretti Gravina, Rino Amato, Antonio Fratto and his “Sol Vox Cantori” choir, the clarinettists of the Conservatorio “S.Giacomantonio” directed by Giorgio Feroleto, the choreographer Antonella Ciappetta and her dancers, and of course, last but not least, the whole staff of the production, Francesco Liuzi, Giovanni Pirandello, Otello Camponeschi and Fabrizio Onali.

A special mention to our favourite: Adriano Pirandello, 11 years old, who made a fantastic first stage appearance, speaking out and loud a sweet poem of his illustrous ancestor, Luigi Pirandello… about love and time…!

Many thanks to Mr. Luigi Allegretti Gravina for the nice photos on stage !